Imagine you’d have pain all over; your shoulders, hips and back would simply hurt like you’re a twisted coil waiting to be sprung. You think it’s a hangover or maybe you’re just having a cold so you take an early shower but by mid-day that pain comes back. You barely make it home and after a few weeks decide to find out what’s happening, you visit a chiropractor. But you’re out of luck as the specialist treats you but the pain doesn’t really go away.

This is what’s like to have foot deformity and between the ages of 19 and 27, it was Teresa’s life.

Teresa Jolley is by all accounts a happy woman. She smiles when she talks to you, is socially fulfilled and until recently has had a fairly active history. She worked as a geologist for 8 years then moved into a local highways consultancy and in 2013 joined an MA at Birmingham City University. But she wasn’t always smiling. 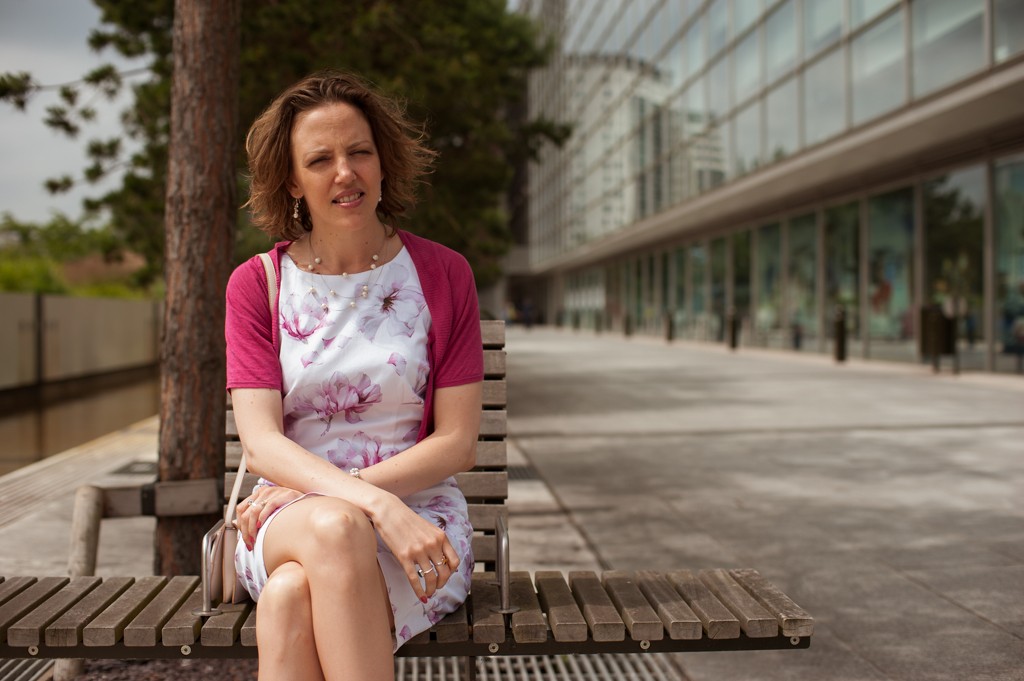 In college, she started having chronic pain all over her body. Visiting specialists had little effect; 10 days after her treatment the pain would come back. Mostly they didn’t know what was going on.

She refused to live with the pain and started researching the matter herself. She discovered she had a mild form of foot deformity but also that few understood this. It was the reason for her chronic pain.

Dr. Cherye Roche was one of the few who understood her. She explained the problem in a bit more detail.

She is a trained chiropractor established in Aukland, New Zealand. In 2003 she was teaching at the University of Glamorgan in Wales when a colleague forwarded her an email about a woman doing research on muscular skeletal problems. She replied offering help.

“Then comes back this seven-page email and I thought ‘Oh my god!’

“But when I read it was articulate, concise, not full of complaining but a story of her process.” says Dr. Roche.

At this point, Teresa had done a lot of research on her problem. She’d seen many people but just wasn’t getting any help. Despite all of this, she didn’t strike Dr. Roche as someone “attached to pain”. She explains that people who are denied love and attention in their lives often find it through practitioners who see them and so become attached. This was not Teresa. She wanted serious help.

Dr. Roche thinks that about 70% of people have some form of foot deformity. Gait analysis looks precisely for this but is still very early science.

Unsurprisingly, when Teresa researched her problem there was little information. Like with most cases in modern society, the problem is money.

As it was put by Dr. Roche, funding for any research needs to be a financial benefit to companies. Those companies would most likely be the ones that manufacture orthotics, the plastic devices that go into shoes to correct foot problems. The problem is that they won’t ever let anyone do research by comparing different orthotics.

Another side of the story is the focus on symptoms. A medical doctor will treat back pain through anti-inflammatory drugs which is essentially “treating a mechanical problem with a chemical solution”. Further ahead, a physiotherapist will blame weak muscles and will recommend a series of exercises. Finally, a chiropractor will say that the bones are out of alignment and he has to adjust the pelvis. That helps you even more…

“…but they don’t ask the question ‘Why?’

“Why does this happen? They just fix the problem. And that’s where the research needs to go.” says Dr. Roche.

From patient to helper

Fast forward this and you find Teresa going through a few changes trying to adapt to her new lifestyle. It took 12 weeks for her feet to heel after wearing orthotics prescribed by Dr. Roche. It was enabling her body to release a lot of tension. A lot of dietary chances were also necessary; she went through a blood-type diet as well as candida due to signs of candida growth.

In 2005 she started Root2Being as a personal story chronicling her journey. She soon realized her problem isn’t unique and that others might be going through it as well. So Root2Being took a bit of a turn and became a mix of factual information about foot function and Teresa’s diary. She tried to aim it at practitioners and educated patients like her. Apart from those, Teresa started adding information about other processes that helped her through healing: nutrition, genealogy, astrology and the spiritual side of life.

She hopes the website will become a community and a portal for bringing together the physical, spiritual and emotional sides of health and help other who suffer from illness, injury and chronic pain.

“The messages that I’ve been receiving from people through Root2Being are fantastic.

Her work here has been done in close collaboration with Cherye Roche who welcomes her project. She even tells Teresa’s story to postgraduate students when teaching. Her appreciation of Root2Being is due to it giving exposure to an underdeveloped issue.

In many ways, Teresa has come from being a victim to someone who helps others with the same problem. She thinks of herself as a highly informed patient though.

“Being nosy and chatting to a lot of people, sticking my fingers in a lot of different areas and pulling the threads from different people puts me in a unique position given the the nature of the problem that I have.”