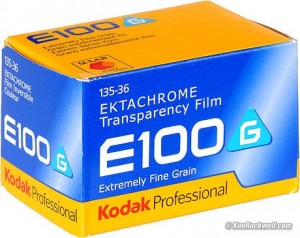 I would like to share my opinion on this slide and also put into light some dilemmas that have been troubling me for a while.

First off, this new slide (not unlike every new film I try) was a source of both joy and sorrow. The joy consists in the color it gave. Just like the description, “what you see is what you get”. The tones aren’t saturated but are still contrasty enough to give a natural look even in the dullest scenes, like the ones I shot. This gives an edge, especially in portraits, where skin tone is basically the only tone that matters. Unfortunately, the slide does show a blue cast when underexposed; I`m guessing this can be explained by the way the color layers are structured (blue being the first to be hit by light).

Another thing that struck me as being odd was the grain: it`s not nearly as smooth as Kodak suggests, Velvia 100 seems finer. All in all, I think I`ll be using this film again, instead of Provia that didn`t turn out to be so spectacular. Portraits and sunlight should give some stunning results.

It is clear now to me that all color films need plenty of light to show their true colors (literally). Shade is a color killer. Overcast days are another.

What I saw as interesting, and is basically the subject of this post was that this film was really tricky to expose. As I was looking through my bracketed shots, I noticed that only the most exposed ones were fairly accurate. These corresponded to zone 5 of the zone system, being exposed with the spot meter head on. I was underexposing my shots in the hope that I would get more detail. To understand why I was doing this, I must first take you through the “art” of exposing to the right.

Exposing to the right means giving an image more exposure than it actually needs in order to capture more information. It`s simple, have you ever wondered why in a noisy pic taken at a very high ISO there`s no noise in burnt out (white) areas? That`s because white is the sum of all the colors at their max, it is therefore a peak of information. Of course, no sensor or film can contain that amount of information.

Now, exposing to the right means bringing more information to the picture, or negative in our case. Thus, what`s extra and is not needed is burned out in printing by increasing the exposure time or simply adjusted down in an editing tool in the case of digital files.

By the way, it`s called “exposing to the right” because you actually move the contests of the pictures histogram to the right.

You can try this yourself, take a picture at a high ISO (say…800) first using the right exposure and then about a stop higher. Reduce the exposure of the second image in post processing by one stop. Now you will technically have the same exposure in both photographs, only that one will have less noise because it originally had more information in it.

In the case of b&w negatives this method results in further blackening of the film. Because film has better quality when most of it`s grain is exposed to light, this results with information being stored in both highlights and shadows. You then simply increase the exposure time during printing and get a nice, detailed print. It`s the same thing with color film with the exception that it has several layers to be exposed to the right (one for each color).

If you thought negatives were hard to understand, hold on…

Slide film is a more complex type of film. It start’s off a negative as well but undergoes a process called Bleaching. I`m not pretty sure what this process does exactly but I do know that it affects the dyes in the film in such a way that they become positive, cyan becomes red, yellow – blue, magenta – green. The upside to this is a true reproduction of the image’s original colors and a true original. You can actually see on the slide your photo.

The problem comes during printing. With negatives, you can apply the method stated above with both the film and the paper, both of them being negatives. With slides, they are both positive. The paper is initially black (i`ve never printed slides but this should make sense).

Also, it`s slides are in their very nature, contrast-films. They have a very limited exposure range, especially with highlights. More than one stop over and your highlights are blown, contrast decreases and your photo is ruined.

So here’s my dilemma for today: if exposing to the right still works for slides, how can you apply it?