Cliche or not, we’ve all had that “Today we’re going from zero to hero!” feeling. Set on great deeds, our story had a rock soundtrack which you’d sync your walk to. You were the main character, obviously. The chorus was your glory point and you’d live the dream, whatever it was.

What’s Summer Well got to do with the “dream”? Well, I’ve developed a cool theory by asking several people during the festival and I’ve come to think it’s become an American dream of ours and a not just a good festival experience (a bit like international ones) but also freedom – body, soul and mind. 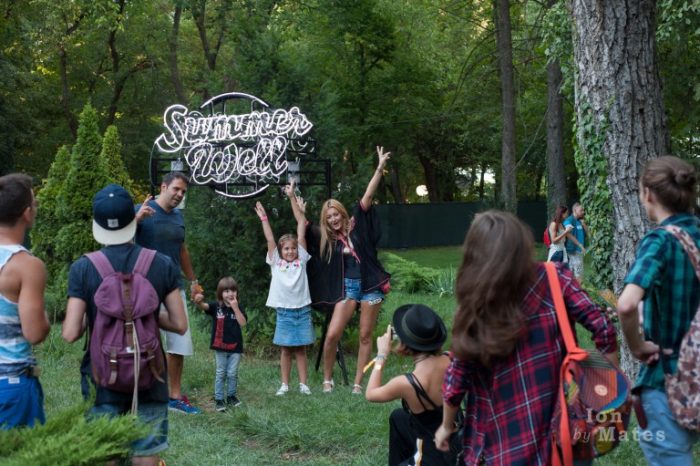 During the 13 and 14th of August, the Știrbey area in Buftea held the sixth Summer Well edition. Recognized internationally, the festival charmed this year’s indie listeners with a varied line up and many surprises. The Știrbey area gates opened at 15.00 and concerts started around 18.00.

The first day of concerts debuted with Sandra Karma, a British indie band and BØRNS who’s also known as Garret Borns, an American singer. Usually these first bands are poorly known if at all but they’re prequels for a big artist at the end. Despite that, these bands turned out to be more than just filling because they brought a new indie sound.

The first surprise came with Crystal Fighters, those guys with the soundtrack from the Reign series and some advert. Besides sounding excellent live, they really improved the original songs and they’re energy got sent in full. Tracks like “Follow”, “I Love London”, „You & I“, „Plage“ or “Xtatic Truth” did the warm-up for the entire night. 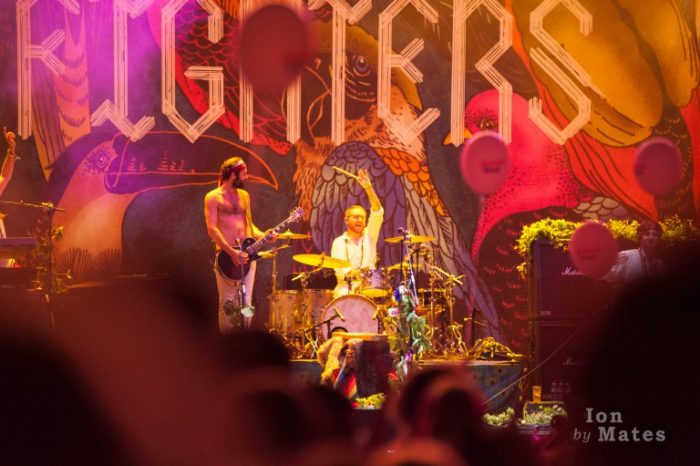 The follow up was the guys from The Neighbourhood who unfortunately weren’t as great as I thought they’d be. The fault isn’t strictly theirs but of the sound system. Despite hundreds of girls yelling for the singer, the sound was a bit of a turn off.

The day put its final hopes on Hurts who didn’t disappoint for a moment. By the time people picked it up, the sound was much better – some would say it was marketing for Hurts because they’re that good. This was it until the bis for “Stay”, too late for it to matter anyway. What’s certain is that by the end it really was “a wonderful life” like the song goes and we went home with a smile. 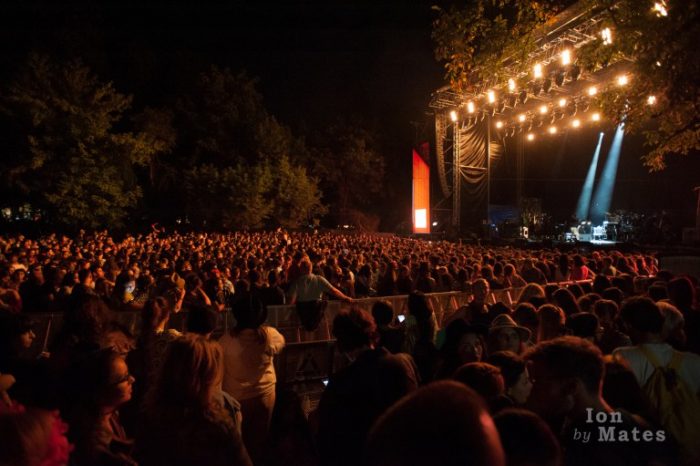 Looking at it retrospectively, day two went far beyond not just by sound quality but also because of the show the artists were going to put on. The fun started with HÆLOS and Blossoms, two British musical groups followed by Milky Chance, a German folk duo. Much to my amazement, much of the audience knew them and even some of their songs. What followed was crazy and maybe the most satisfying thing of their show was that nothing sounded like the album – in a good way. The duo knew how to innovate so that they gave a new sound to what was already a musical novelty. They went on stage with “Down by the river” and continued with “Indigo”, „Sadnecessary“, „Fairytale“ and „Flashed Junk Mind“. Just when you though it was done, they came back and sang that cool song from TV – the one that made them notorious: “Stolen Dance”. 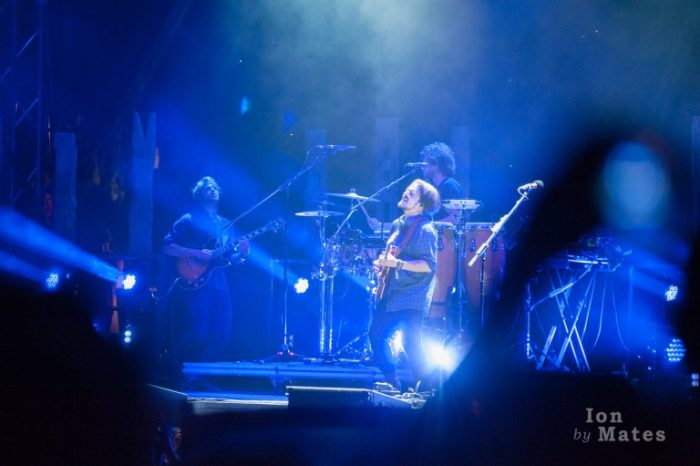 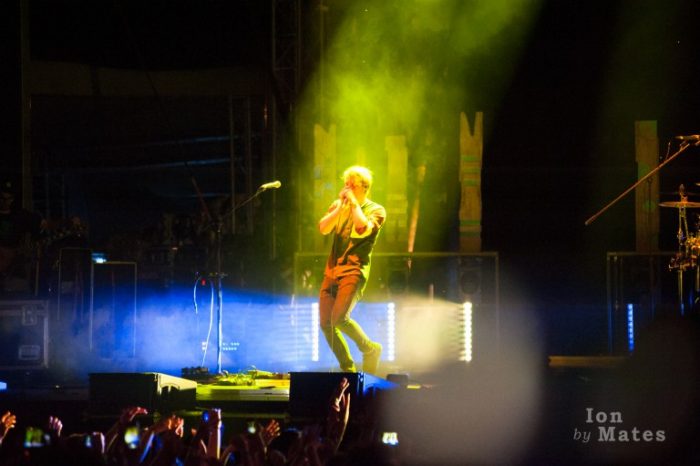 After a short intermission during which nobody moved so they wouldn’t lose they’re good spot up front, Years & Years followed, a much anticipated group in Romania. Seeing singer Olly Alexander on stage put the crowd in an unbelievable mood for a new band. It was however love at first sight between Summer Well and the band. They took us through „Foundation“, „Take Shelter“, „Desire“, „King“, „Eyes Shot“ and „Shine“. The cherry on top was a compilation of covers from Katy Perry and Drake. Olly’s shyness and amazement to ovations were awesome, enough to get you hooked, he himself a charming kid. He came with a traditional Romanian straw hat and was instantly one of us. As for the show, Olly shook his bum right in front of us, utterly mad but we followed suit nonetheless. 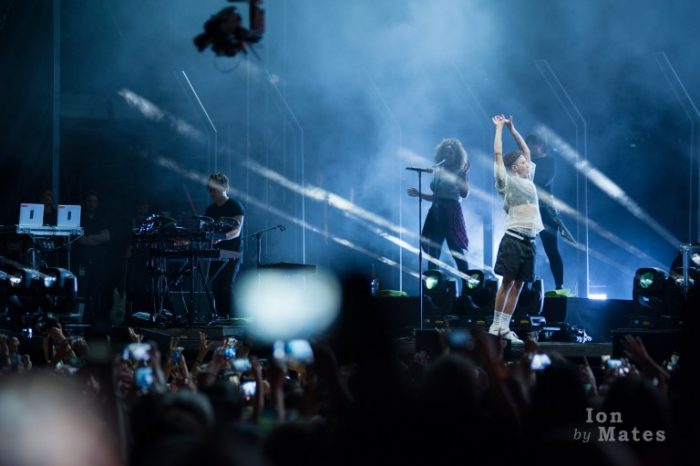 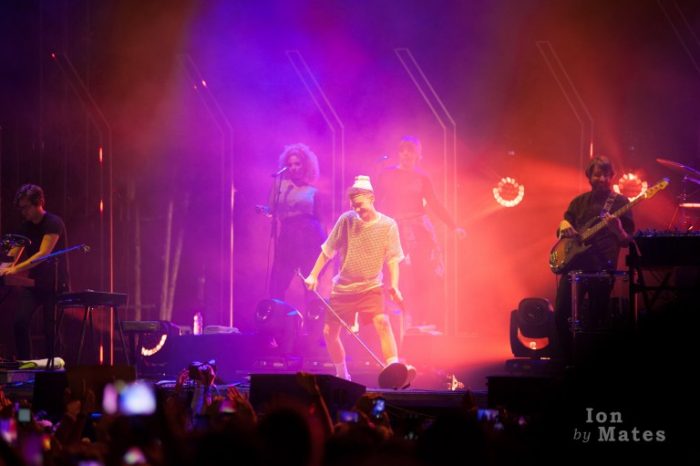 Last but not least, The Chemical Brothers exceeded all expectations. “I knew they were good but I didn’t expect that!” is just part of the feedback. Shortly after 11 PM I found out what real electronic music sounds like from these guys who through music took us from agony to ecstasy. „Go“, „Hey Boy Hey Girl“, „Do it again“ and „Galvanize“ are just some of the tracks and the titles clearly suggest Sunday’s mood. It wasn’t just the music that reigned high in their concert but also the light show and projections making it all an epic outcome. 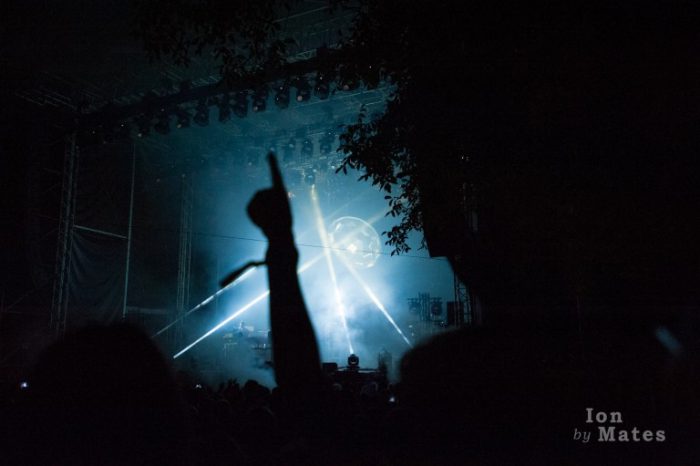 Still, when it comes to Summer Well, music isn’t everything. Self-proclaimed “a festival like a holiday”, it gives the public a lot of fun. From massage and VR to cosmetics, the festival had it all. Sponsors and partners had interesting experiences. Jacobs printed 360 degree photos on coffee cups, Pepsi greeted us with cool sunglasses, Fashion Days had waist bags which are apparently trending and Orange literally topped our batteries up with power banks but also phone charging areas. Regarding food and drink, Summer Well was highly above other Romanian festivals by having several bars and food courts for all tastes. 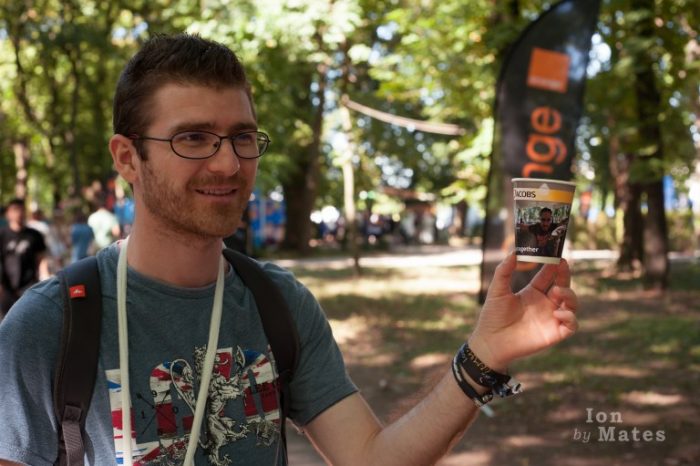 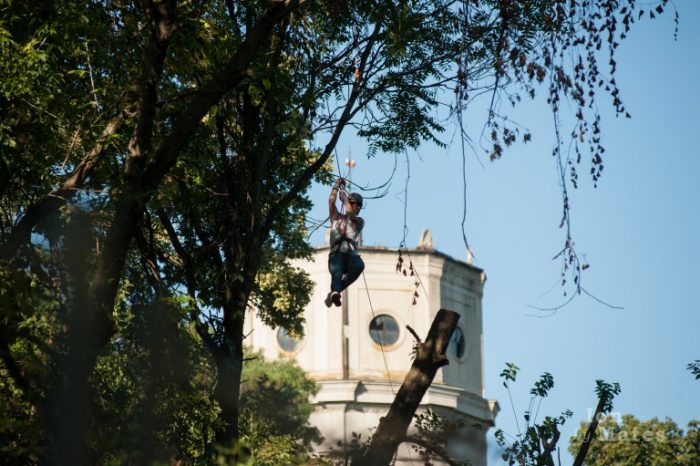 Speaking of fashion, right as we entered I though I was at Coachella. Girls in bras, shorts that were much too short, long boots, flower head bands and surprising colors were all there at Summer Well. We could even say the festival starts trends. 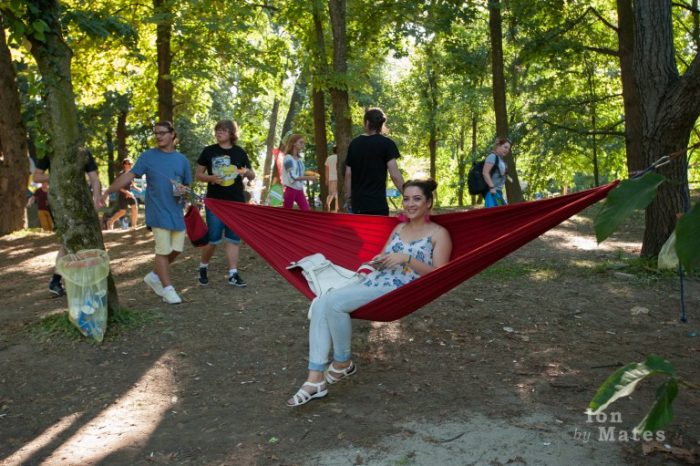 Embarrassingly, is’s my first year at Summer Well. Until now, since the its inception in 2011, I was in the “why bother spending” mood. I stuck with the pictures and there’s a 70% chance you’re doing it as well.

The year however, I had the wonderful chance to be there and I finally understand what Summer Well is and why people go. In short, it’s about music, dancing, new experiences and friends. 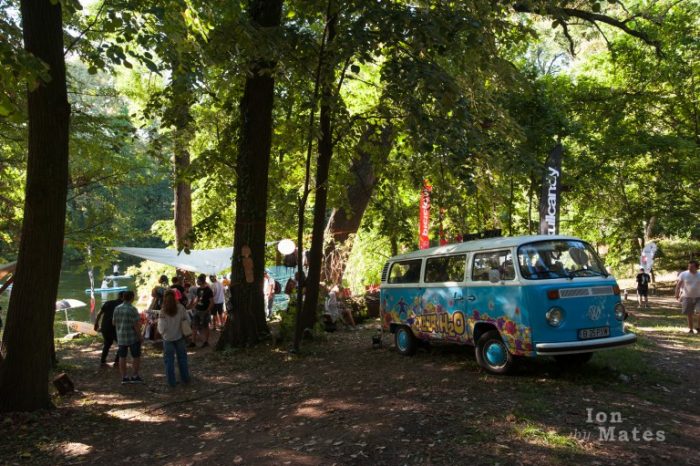