About 2 weeks ago I managed to do a studio session using the Hasselblad 503W, a medium format camera.

Unlike 35mm film, medium format is much larger in size and thus, grain, sharpness and dynamic range are all increased. The Hasselblad uses the 6×6 square ratio and gets me 12 shots per film. The film used is 120 film and I found out that almost all emulsions come in this size.

Loading the film is tricky because it is backed by a black tape, preventing exposure while not in the camera. Loading is on a spiral is even more interesting but with a bit of practice it’s about as easy as with 35mm. What’s interesting is that 120 film (at least the one that came out from my camera) has a lot of space between frames, thus allowing me to give well defined black borders during printing.

The results are significantly better than the ones with 35mm. Grey-shade transitions are much smoother and it’s hard to over or underexpose. Even with an underexposed image I could get wonderful results by slightly increasing the contrast. Sharpness is also very good, I’m guessing because of both the film and the camera w/ Carl Zeiss lenses.

I can’t help but think why people would resort to even bigger formats such as 4×5 or 8×10.

Not posting the images yet because they’re part of a larger project that will hopefully be finished by the end of term, but I will leave you with the contact sheets 😀. 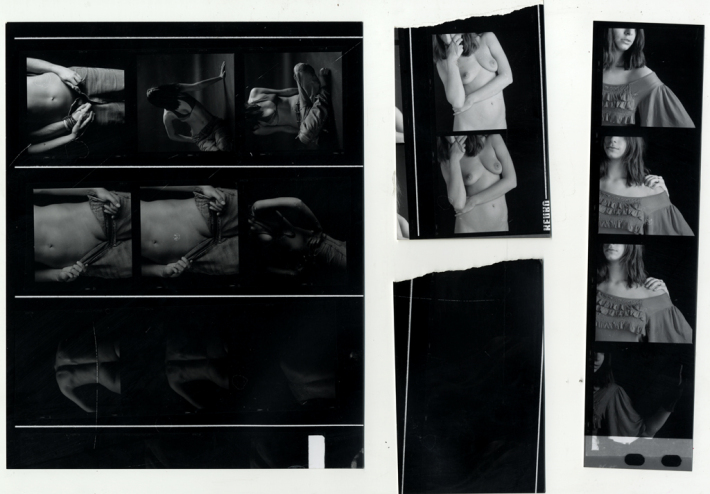