No, I won’t be talking about a new PC game – which I admit I’d buy right away if it were – rather about how we took a trip through the tunnel between two station on the upcoming Line 5. This Sunday, Metrorex put together an Open Day event for the upcoming Orizont, Favorit and Drumul Taberei 34 stations, a chance for us to see construction progress and walk through the tunnel linking two stations (Favorit and Drumul Taberei 34).

First of all, I’d be nice to have a short retrospective of station launch dates from the 90′. Between 1990 and 2000, three were opened: Gorjului on the M3 in 1991 to shorten the distance between Armata Poporului and Pacii as well as Basarab in 1993 to ease transfer between the M1 and the M4 which in construction at the time. In the year 2000, M4 was opened linking four stations and in 2011 the 1 Mai – Jiului – Parc Bazilescu segment was openned. Finally in 2008 there were Nicolae Grigorescu, 1 Decembrie 1918, Nicolae Teclu and Anghel Saligny. Note that all these lines started in the communist time; the only new project is the much anticipated M5. 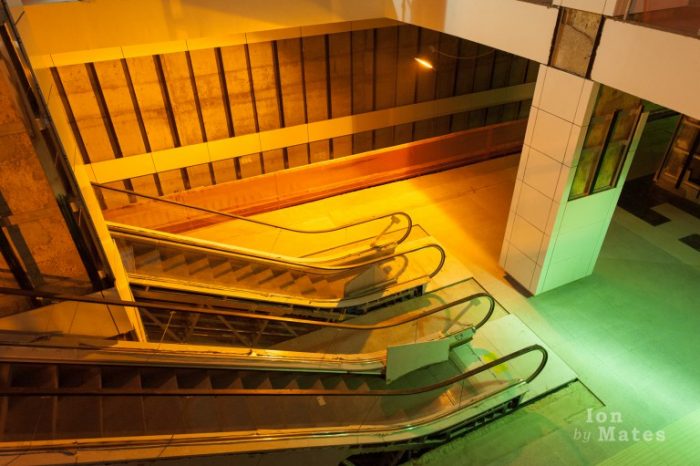 The tour, Metrorex called it, was within Orizont and Favorit, meaning you went round the station, saw the personnel and tunnel and back out again. The fun part was seeing Favorit station + linking tunnel + Drumul Taberei 34 station. The link is 300 meters long, quite short especially as we walked but Metrorex says these are areas of heavy traffic which is why the stations are so close together. Even the topside walking distance is short, less than 10 minutes but it makes sense as everything connects to the city center.

Aside from the lack of tracks and finishing touches, the stations are pretty much finished. The trains for this line aren’t available yet but there’s still time until this time next year (supposedly) when the line opens. Also note that all the M5 stations are dug and under construction. 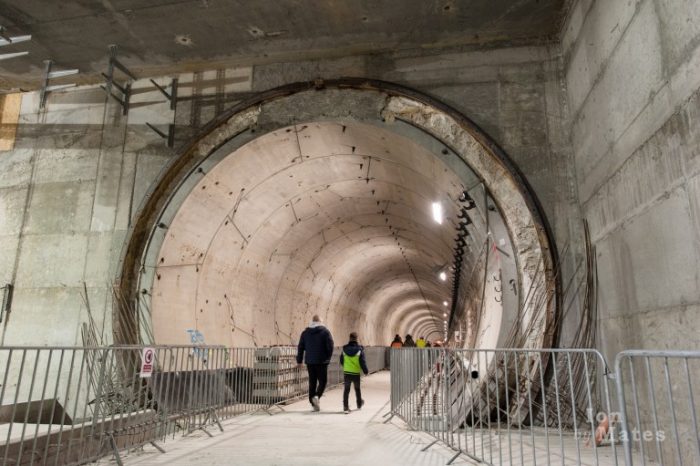 The act of strolling through the actual tunnel between stations was awesome. I think every one of you is wondering what it’s like in the tunnel housing the train. It wasn’t as accurate given that everything was brand new and the smell was of fresh concrete instead of a sewer but a nice experience overall.

During the “event”, so to speak, there were three types of people. Firstly there were families and couples that went and told various commonplace stories, explained one to another or to kids, took a selfie with unfinished walls, electrical wiring and markings. 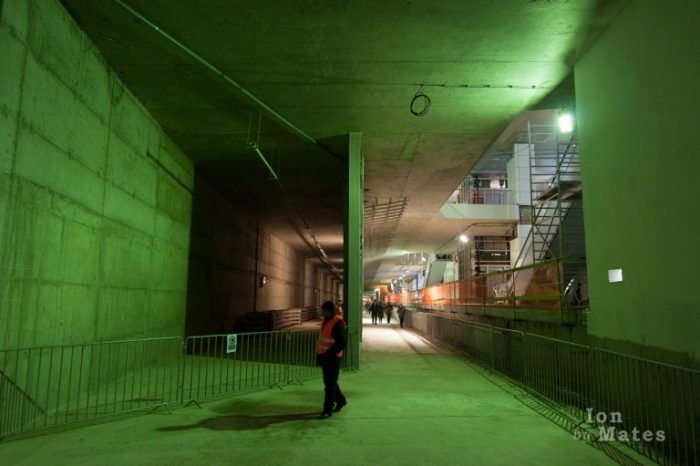 Secondly there were elderly people who stopped to chat with Metrorex employees. They weren’t specifically interested in the open date but rather about how digging was done, what gear was used and how hard it was. In any case, after asking questions, they’d pat the employees on the back saying “Good, there’s still work being done in this country.” say goodbye and be on their way.

Finally, the third and my favorite type were people on the older side but the angriest of them all. They’d curse the “bastards” from Metrorex for taking so many months and sucking up funds; they’d furiously ask when it’d be time to remove the digging gear or how long would the worker eco toilets sit on the street. Eventually there’d be someone with the nerve to say a couple of angry words. The story is that we’d all be excellent bosses were it not for our issues in execution.

In any case, the organizing was quite good. Everything was well ordered, employees placed in various spots, quite helpful and with plans, pictures and data displayed on walls. I could say it was a one day Metrorex mini museum experience, which was fun. I have to make a note of how transparent everything was especially as company representatives answered openly to any relevant or less so questions. It was very unusual for a Sunday-working-Romanian to not be irritated.

Hold on because in a year’s time Line 5 might be opened. Will Metrorex make the deadline? We shall see although it’s what they’re boasting.

Fun fact: Costin Georgian station was named so because he was a technical director for Metrorex and died a day before Basarab station was put in use. In other words, the government gave him a station.

Fun fact 2: Piața Romană station was built in secret for fear of Elena Ceaușescu which is why it’s so tight and cramped. Her big problem was that both the working class and the young had “begun to take on weight” and needed more workout so she demanded the removal of some stations between Berceni and Pipera. The workers remover Piata Romana but only on paper knowing how important it really is.